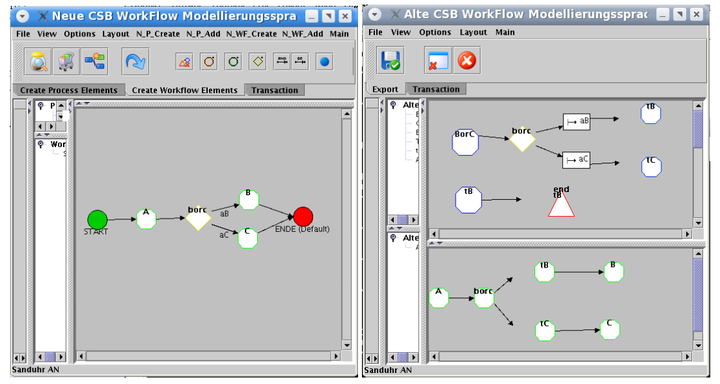 In industry, there are many workflow management systems (wfms) which have been incrementally developed over a long time. The workflow definition languages that come along with these wfms are mostly graph oriented. These incrementally developed definition languages sometimes lack important modeling constructs as well as a clear conceptual foundation. Any workflow definition language revision has to be evaluated against end user’s acceptance before implementation in the respective wfms. In this paper, we report about an industrial application of graph-based techniques in the workflow domain. We present an evaluation environment which has been developed in a graph-based rapid prototyping approach. The evaluation environment comprises editing support for workflow definitions conforming to the language’s revision. Furthermore, it provides a translator that maps definitions from the revised to the original language. Thus, the wfms can be used to enact definitions of the revised language without modifying its implementation.